Hailing from the rural city of Sohag, the 27-year-old entrepreneur set out to defy gender roles in her community and create renewable energy, using agricultural waste from farmlands. Her startup, Biomix, has now expanded to 12 cities. 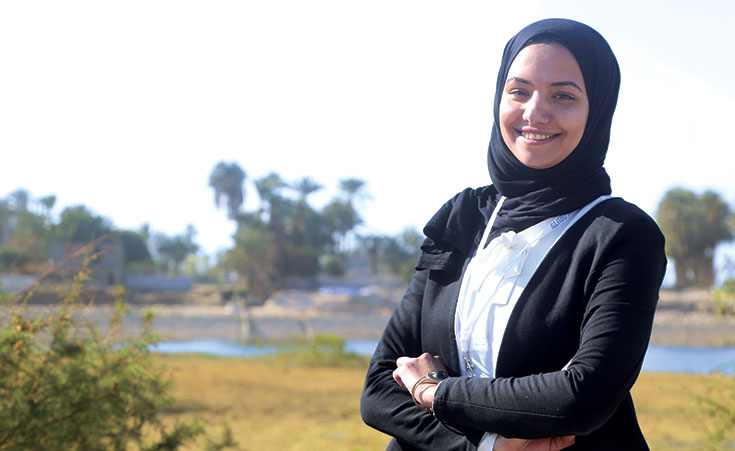 Breaking barriers in Egypt’s conservative rural south, embarking in a male-dominated field, and disrupting deep rooted practices to spark environmental change; she stepped out of her small town of Sohag to travel the corners of Egypt and find outlets for her startup to thrive. No wall was to high for Shaimaa Omar, the 27-year-old engineer from Upper Egypt who is transforming agricultural waste into biogas with her startup, Biomix.

It’s almost 4pm in this city 500 km south from Cairo, where the Nile is quiet and the living pace is strikingly more peaceful than the capital city’s overpopulated chaos. Sohag, whose economy is mostly based on agriculture, was the starting point for the young chemical engineer, who came up with a process to turn waste from farmlands and cattle to create renewable energy.

“I started by dealing with farmers; I went to villages and proposed our business idea. They have animal or agriculture waste by nature, and they you don’t use it; they generally just throw it on a site. But that thing they are throwing away could allow them to make money, transforming into gas which can be used to cook food and organic fertilizers to replace chemical fertilizers they are using,” says the 27-year-old entrepreneur, just as she finishes giving a talk at the Techne Drifts, an entrepreneurial roadshow that has been touring Upper Egypt and the Nile Delta to empower and inspire entrepreneurs in Egypt’s remote cities.

Her startup, Biomix, is now active in 12 cities across Egypt and generates nearly EGP 200,000 revenue annually. “By collecting organic waste, you benefit in two ways: you obtain renewable energy and organic fertilizers,” she says, as she explains that organic fertilizers are not only environment-friendly, but also increase productivity for farmers.

Having started through a project by the Egyptian Ministry of Environment; the chemical engineer, a fresh graduate at the time, took advantage of the programme’s training to kick start the company. “But it took me a long time to turn the idea into a real business. There were a lot of hurdles and challenges, and it’s difficult to convince people of a simple idea,” she points out.

One of the biggest obstacles stemmed from Egypt’s conservative rural society, where farmers are not used to dealing with women, especially at a young age. “To work with a woman is somehow not common in Upper Egypt. But I said ‘no, I will be able to prove myself, succeed at work, and convince people of this idea,” Omar explains. “On the contrary, in the end, a lot of people are very happy to deal with a girl who is making that kind of work, who travels, and who deal to people,” she says.

For her family, a 24-year-old woman venturing into a company was rather unseen as well. “At the beginning my family objected my work, especially because I have to travel to faraway places, and my job has no schedule; I could leave the house at 6 or 7 in the morning and come back at night,” she says. “But when my parents saw that I am very passionate about the idea, that I love my work, and I am having success, they encouraged me to continue,” she says.

Having kicked off with a fund from the Ministry of Environment, in cooperation with UNDP, the entrepreneur also faced the difficulties of Egypt’ centralized economic activity, as there are very few organisations supporting entrepreneurs in remote cities like Sohag. “It was very difficult, because there was no help from any association to start; it was hard to raise the awareness about the idea of the project itself. The moment everything changed was when I got an opportunity to work in Delta region. In coastal cities, it is somehow easier to do business, so I was able to expand.”

Behind her drive, her unbeatable stamina, and her tenacious spirit, there is a dream to preserve nature and the environment in a country where environmental awareness is nonexistent. “The idea of seeing waste harming the environment pushed me to create the company. I realized I can transform garbage into something that is beneficial for the environment and the people working in farms. I want to turn waste into energy, preserve the environment, and contribute in the process of preserving the climate and overcoming the issue of global warming that threatens the whole world right now. That’s what drives me the most. I want to get rid of all waste in Egypt.” 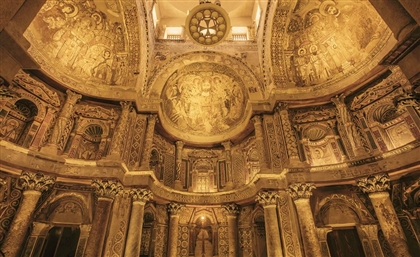 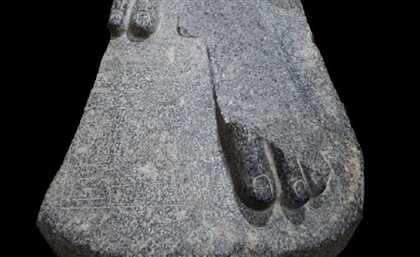 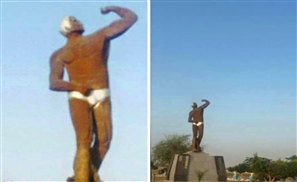 Sit back and enjoy the dismal comedy that is Egypt's 'statues'. Heya di Masr! [...] 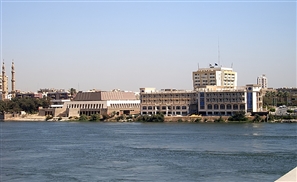 Police responded to a call late Saturday night about a fight going on between two [...]
Week Month Year