The conference is a collaboration between the Ministry of Tourism & Antiquities and the American Research Center in Egypt. 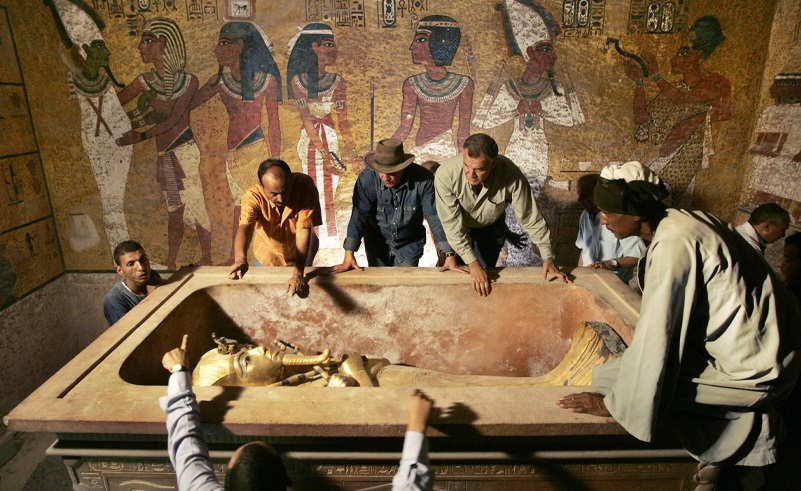 ‘Transcending Eternity: The Centennial Tutankhamun’ is a global conference in Luxor that will celebrate the 200th anniversary of the deciphering of the Rosetta Stone, which unlocked our understanding of ancient Egyptian hieroglyphics, as well as the 100th anniversary of the discovery of King Tutankhamun’s tomb.   The conference is a collaboration between the Ministry of Tourism & Antiquities and the American Research Center in Egypt (ARCE), and will take place at the Sonesta St George hotel between November 4th and November 7th.

On November 4th, the ARCE will guide people through the re-opening of Howard Carter’s house, which they’ve been looking to conserve for years. The Carter House is currently under the care of the ARCE’S Structural Conservation team to make it presentable to visitors, and accessible enough for children to explore.

Later that day, prolific Egyptologist and previous Minister of Antiquities, Dr. Zahi Hawass, will deliver a speech before the exclusive gala dinner at the Luxor Temple in partnership with the ARCE. The dinner guest list includes government officials, Egyptologists, media representatives, investors, artists, and VIP invitees.

Over the next two days, Lord George Carnarvon and Lady Fiona Carnarvon, the descendants of Lord George Herbert, Earl of Carnarvon, who funded Howard Carter’s historic excavation, will be giving speeches about the momentous occasion. They will be joined by an impressive group of scholars, doctors, and dignitaries, who will deliver talks and hold open panels on the process of mummification, intriguing discoveries pertaining to Tutankhamen, and conservation methods of ancient tombs and artefacts.