Egyptians Raneem El Welily (World No.3) and Nour El Sherbini (World No.1) faced off in a thrilling final in Chicago, which saw El Welily win the Windy City Open title for the third year in a row. 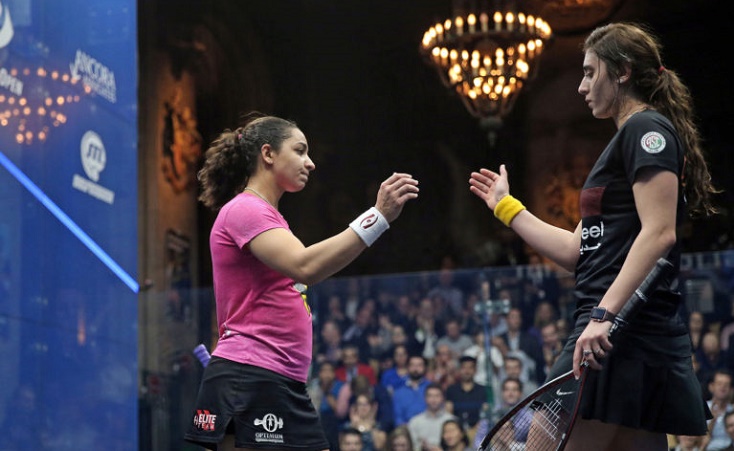 The world No.3 successful pulled off a three-peat against the world No.1, adding 2017 to her 2016 and 2015 titles triumphs at the Windy City Open. El Welily tells the Windy City Open website that, “She played really well in the first game and I wasn’t sharp enough. Halfway through the first game, I started to find my spots and my angles. Even though I lost that first game, I knew that I was on my way to find the right plan. I’m really happy to win today, it’s fantastic. Chicago is my lucky city and I’m always happy to be here.”

The finals only took 42 minutes and began with El Welily losing the first two matches only to come back and win the last three and ultimately the 2017 title.

As for the men finals, Marwan el Shorbagy managed to reach the final after beating his brother in an emotional quarterfinal but sadly lost against Gregory Gaulthier who victoriously claimed the 2017 Windy City Open title.