In an 8-1 ruling, the US Supreme Court has ruled in favour of the Muslim teen after Abercrombie & Fitch denied her work because of her hijab. 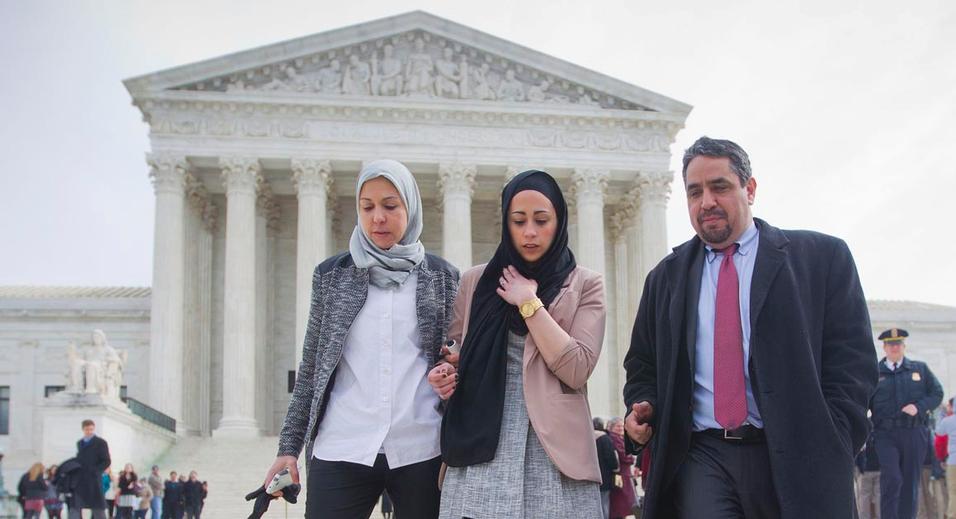 We all know how bad Islamophobia is in the US and we all know the kind of sales assistants Abercrombie & Fitch hire. Well the US Supreme Court, the highest court in the USA, consisting of nine judges who can all serve life terms if they so wish, have just ruled on a case regarding this in favour of the plaintiff: a Muslim woman who was denied the right to work at casual wear company.

The company refused to hire a 17 year old girl named Samantha Elauf because the way she dressed apparently ‘violated’ their look policy. You can probably guess why: because she was wearing a hijab.

Ms. Elauf never stated during the interview with her potential employer that she was Muslim, the person conducting the interview simply assumed so and that’s when she decided to take a stand and take it to court.

All rulings from the Supreme Court come down to a majority vote and in this case Ms. Elauf won with a whopping 8-1 outcome. The discrimination of Abercrombie & Fitch violated the Civil Rights Act of 1964 which bans discrimination based on religious beliefs and practices.