RiseUp Is Revamping Their Office In the Coolest Possible Way: A Hackathon

Redefining standards once again, the RiseUp team launched a Hackathon calling on some of Egypt’s most innovative design startups to renovate their office at Greek Campus. 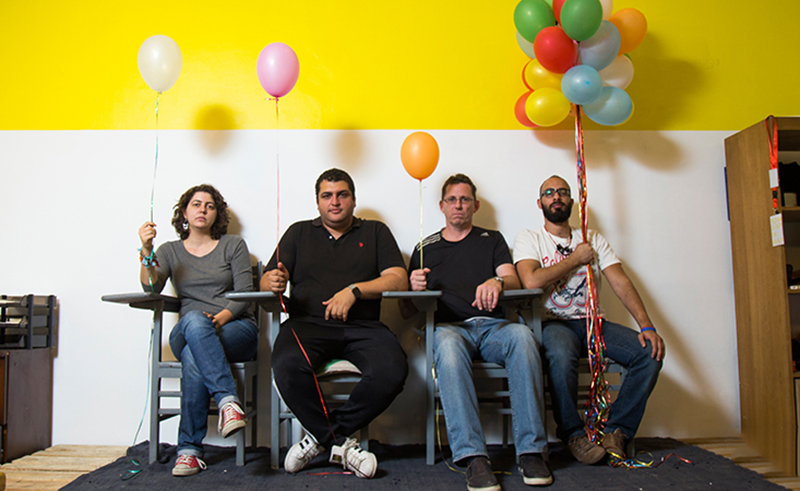 The team behind Riseup Summit, the Middle East's largest entrepreneurial summit - and now a hub for startups across the region - have just invited some of Egypt's most clever design studios to collaborate in a Hackathon to completely overhaul their office. Since 2013, all of their operations have been steered from their office at the Greek Campus, in downtown Cairo. Now, they decided it was time for a fresher look.

The Hackathon, which stretches for 14 days, has invited a variety of startups working on design, from unique tapestries from Kiliim (the startup recently awarded a $50,000 cash prize at the the MIT Pan Arab Startup Competition) to furniture made out of palm midribs from Jereed (which was selected last year as one of CairoScene's 25 under 25) to Inca's culture-infused fabrics, to Antahk, Paletta, Jidar, and Chairs & co. Partnering with the entrepreneurial hub is also AF sound acoustical consultant and vidoe magicians Excuse My Content.

RiseUp’s choice of partners is not haphazard. "RiseUp chose partners that can not only compete, but also complete one another," says Batoul Al Mehdar, Partnerships Manager at Riseup. For example, in the interior design Hackathon held today, textile and furniture partners are collaborating on designing a piece of furniture that would otherwise be non-existent if it weren't for their collective efforts.

Today, a brainstorming session took place where the representatives of each partner started throwing words that are relevant to RiseUp itself, followed by a short session about conveying character through interior design by Hany Hussam from Darnoama. For the next 14 days, the partners will be co-designing floor plans for RiseUp's office, with their work being showcased afterwards.