So Tripadvisor has ranked Egypt among the worst places to visit. We're a little hurt, but - disastrous economy aside - at least it keeps the annoying tourists out of our hair for another year. 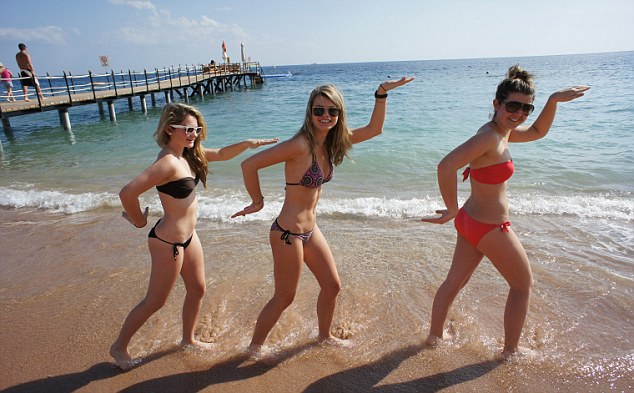 Just in case tourism rates haven't been tragic enough, Egypt has been ranked among the worst places to visit on the planet, according to one of the world's most popular review sites.
Tourist hotspot Sharm el Sheikh was ranked worst in the world for culture according to Tripadvisor.
Meanwhile the Red Sea resort also scored second from bottom in terms of comfort while travelling alone. We have a sinking suspicion that this applies more to the female population, but we have absolutely no idea where that suspicion could possibly be coming from...
And the beach-centric hub also came second worst in the quest for attractions.
The results were formed from the responses of those who completed a survey on the site in 2013.
The news comes just days after the government promised to spend millions in an effort to boost tourism.
However Egypt wasn't the only Middle East destination to suffer the wrath of the internet.
Marakech was named as having the second dirtiest streets in the world, some of the least helpful locals, worst transport and EVEN the worst
restaurants. Apparently the couscous there just doesn't cut it.
Even squeaky clean Dubai took a hammering after being named third worst for culture.
However the super-wealthy city came first for shopping and hotels.
Toyko took the top spot overall for touristic experience, while the capital also claimed top spots for helpfulness of locals, taxi service, local public transportation, and cleanliness of streets.
Singapore and Rome also scored above average overall.
Tripadvisor communications director Brooke Ferencsik said: "Tokyo has received high marks from TripAdvisor travelers, who praise the city for its hospitality, cleanliness and outstanding public transit system."
They obviously haven't experienced the joys of a Cairo microbus trip.