A Saudi Sheikh has created an 'Islamic smartphone'. We ponder what kind of apps will be on it. 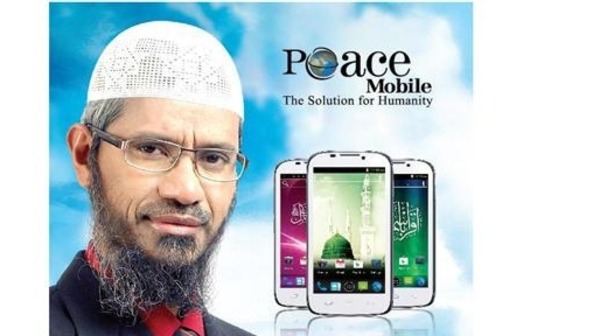 Our phones are filled with heathen-istic Pop songs from the West, nude images of exes and quotes from books that are not the Qu’ran. Thankfully, the Peace Mobile is here to turn those harmful electronic rays into stairways to heaven. The Islamic smartphone hoping to keep Muslims connected is the brainchild of president of the Islamic Research Foundation (IRF) and owner of Dubai–based Islamic channel Peace TV, Dr. Zakir Naik (ironic second name) and will be launched during the last week of Ramadan according to Saudi-based Arab News.

This phone is no gimmick though and will be equiped with features that rival most smartphones on the market including a 4.6 inch touch screen, a 5 megapixel camera and a 4GB memory. The phone will come pre-loaded with Dr Zakir Naik’s books and videos on Islam and comparative religion in several languages, as well as Islamic wallpapers, apps and ringtones. We ponder what other applications may be available on the Peace Phone. Angry Beards possibly? How about Grindr which is still literally Grindr so they can find homosexuals and deal with them? NoFacebook – Facebook for the Niqab-clad. Instamadan – The only effect is the Ramadan effect, removing all food and haram paraphernalia from pictures. Or RabaaSquare – There's only one place to check in. We can't wait to Bluetooth the next Sami Yusef hit to our friends.