The book-filled buses will be travelling from Azhar Park to all corners of the Greater Cairo region in an effort to spread knowledge and culture. 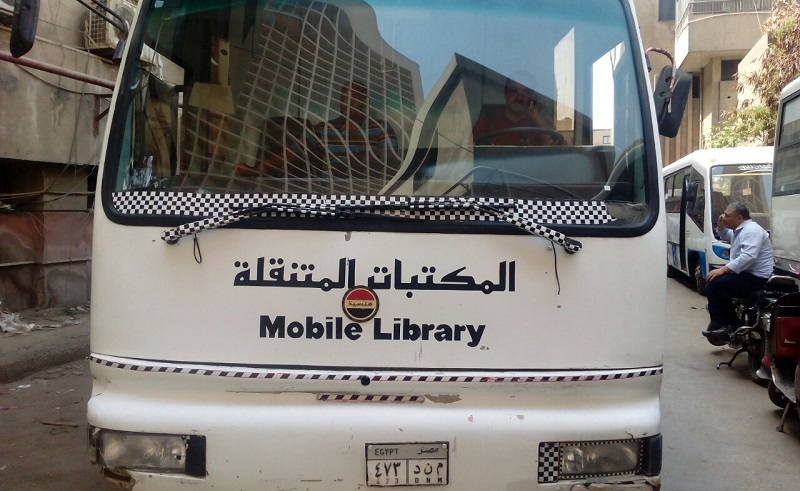 Under the auspices of the Ministry of Culture and its new minister, Dr Enas Abdeldayem, Cairo’s mobile libraries will see mobilisation once again starting the first of February. The library, bearing valuable educational books for the young and old alike, will begin its voyage from Azhar Park to the Asmarat neighbourhood, where it’ll set up shop till the eighth of February, and later moving throughout the many neighbourhoods and areas of Greater Cairo.

The reinvigoration of the mobile libraries comes as a part of a grand endeavour set forth by the Ministry of Culture, with the goal being to bring books, literary enlightenment and culture back into the hands and minds of the Egyptian populace, with the aid of a joint cultural forum in cooperation with various cultural establishments and entities the likes of the Heliopolis Library, the National House of Books and Documents as well as the Cultural Palace Authority. This collaborative effort, according to Dr Abdeldayem, reflects positively on both Egyptian society and its citizens, and hopes to bring communities together under an umbrella of learning and culture.

The libraries’ services are entirely free of charge, including entry into the libraries and reading the various literary works within. They’ll also be handing out free copies of their books in an effort to encourage reading and the power of knowledge, in addition to various workshops and competitions for hand crafts and arts.