Islamic Science: The Only Light During the Dark Ages

As the moderate Muslim world looks for ways to combat extremism, with Sisi calling on Al-Azhar to present a better understanding of an inclusive, advanced Islam, Eihab Boraie delves into a time when Islamic world was united and years ahead of their Western counterparts... 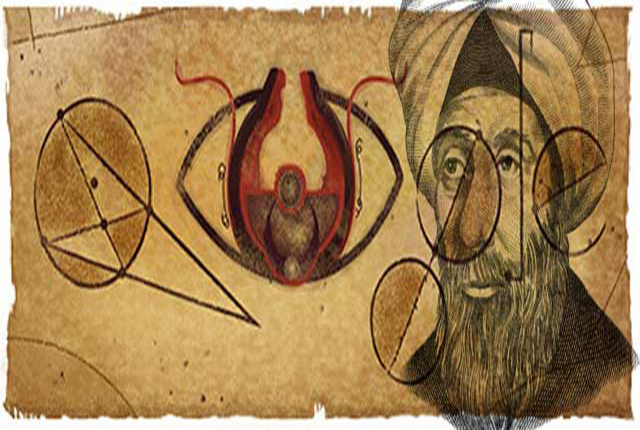 In an attempt to combat ISIS’s terrible interpretation of Islam, President Sisi has publicly called on Al-Azhar to speak out and present a better understanding of Islam and how its teachings apply to our technologically advanced present day. In order to present an interpretation that will strengthen beliefs while dispelling fears of non-believers, Al- Azhar need not hire a social media agency for trendy solutions in the present, but rather its past and a call for the return of the golden age of Islam; a time when scientist, philosophers, Sunni, and Shi’ite united in the shared pursuit of decoding the Quran through the development scientific knowledge. With word spreading that Al–Azhar is inviting Shi’ite leaders to join them in a dialogue to present a peaceful Islam to combat ISIS’s vile interpretation, one only hopes they look to the Golden age of Islam for inspiration on how a united Islamic front can help progress mankind’s understanding of Islam as a religion promoting the advancement of science and not violence.

Al-Azhar University is widely considered in the Arab world as Islam’s leading institution and is tasked with teaching future Islamic leaders the true meaning of Islam to both followers and non-believers. However, many non-believers are being programmed by ISIS’s social media agency to think that Islam gives believers a license to kill them, a message which spreads globally without a strong moderate Islamic front to counter their perverse and sickening interpretation of the Quran. Meanwhile, in the Golden Age of Islam, Islamic leaders decided that in order to properly interpret Allah’s message, they would have to advance their scientific knowledge to decipher the text. Believing that science is the key to unlocking Islam was a thought expressed by Islam’s messenger Prophet Muhammed who according to a popular hadith said “Seeking knowledge is compulsory on every Muslim.” It stands to reason that this call inspired the Islamic leaders who followed including the Abbasid caliph Harun al-Rashid, who inaugurated the House of Wisdom in Baghdad dating back to the middle of the 8th century. Its mandate was to gather and translate all of the world’s classical knowledge into Arabic, ushering in the dawn for the region. Knowledge from all over the world began flooding Baghdad, resulting in new fields of studies while advancing others. From astronomy to mathematic, physics to zoology, Islamic scientist were paving the way making discoveries that continue to built on to this day. Alcohol, Algebra, Alchemy, just about anything beginning with 'AL' dates back to this period. One of the most notable Islamic scientists who fundamentally changed the way the world sees everything was Al-Hassan Ibn al-Haythm aka AlHazen. Deserving to be ranked alongside Newton, al-Haytham made many discoveries, but arguably the most important created is what we know today as the Scientific Method. Al-Haytham believed that any scientific discovery can only be considered a breakthrough if the theory can be proven by experiments that can be repeated an conducted by skeptics. Using this method, al-Haytham made advancements in the field of astronomy, geometry and optics, among others and at one point was convinced that he could build a dam to stop the Nile in Cairo from flooding almost a thousand years before the feat was accomplished.

At the time, Cairo was under the reign of Fatimid Caliph al-Hakim. Garnering the reputation of being a ruthless murderer, al-Haytham began fearing for his life when he realised that his proposed plan wouldn’t work. Faking madness, al-Haytham was able to spare his life, but was imprisoned for 10 years. For some, a decade of imprisonment is a nightmarish scenario that would drive most people to madness, but for al-Haytham the isolation allowed him to focus on decoding the Quran, going so far as to perform simple experiments in his cell. He was eventually released when the Caliph passed away and instead of heading back to his hometown of Basra, the legendary scientists decided to remain in Cairo living near the University of al-Azhar, explaining the world and Quran using science until his death in 1040. It is important to distinguish that al-Haytham was not a rare exception, but was one among many scientists with discoveries that continue to live on. The 10th century Islamic scientist Al Zahrawi created over 200 surgical instruments that continue to be used, while Al-Jahiz is credited with writing the first Kitab al-Hayawan (Book of Animals), which would later inspire the theory of natural selection. This is just a small glimpse into the scientific development the Islamic world underwent during the same time the rest of the world remained in what historians call the Dark Ages. So the question is: if we were leading the world in understanding how the universe works, and ultimately gaining a more accurate understanding of the Quran, then why did Islamic leaders decide to abandon the pursuit of scientifically interpreting and applying the religion?

There are a few theories on what was responsible for the decline. Many academics believe the intellectual shift was made by Islamic theologian Abu Hamid Al Ghazali. He believed that falsafa (which means philosophy but include logic, math, and physics) was incompatible with Islam. In his own book The Incoherence of Philosophers, Al Ghazali self proclaims that he “stabbed falsafa in such a manner that it could not rise again in the Muslim world.” This is one theory, while other academics believe that Abu Ali Al Hassan Al Tusi, aka Nizam al Mulk, was the main driving force when he created a system of education known as “Nizamiyah”. Instead of reiterating the importance of independent inquiry, the Nizamiyah colleges focused on teaching a narrow Sunni interpretation of the Quran. This marked the first time that religious studies were institutionalised, and began a race to open schools spreading the Sunni version of Islam to counter and become more popular than the Shi’ites' interpretation.

Almost a thousand years later, the decline of Islamic science is still felt across the Arab world, which is considered to be made up of developing nations trying to catch up to nations considered developed. Even more worrying is the fact that many of today’s Islamic scholars seem obsessed with declaring absurd fatwas that not only runs counter to scientific fact but common sense. Take the example of Saudi Arabia’s Sheikh Bandar Al-Khaibari who recently tried to argue that the earth remains stationary while the sun rotates around it.

If the goal of Islam is to spread its message and convert non-believers, then returning to a scientific interpretation of Islam could be the most impactful way, as it is hard to argue someone’s interpretation of the Quran when it can be scientifically tested. According to the author of The Bible, The Quran and Science, Maurice Bucaille “there are monumental errors of science in the Bible and not a single error in the Quran.” He goes on to explain the Quran’s descriptions of natural phenomena make it compatible with modern science, while the Bible does not. It was this compatibility that attracts non-believers to Islam and why scholars in Islam today should be knowledgeable in multiple fields of studies.

With the division growing and violence increasing between Islamic sects, it comes as an encouraging sign that Al-Azhar have invited Shi’ite leaders to join them in a dialogue on how to combat extremist views of Islam. According to Al Imam Al Akbar Ahmed El Taieb, the problems created with Islam is the division between Sunni and Shi’ites hoping that they can interpret the Quran in a way that bans killing between both sects. Thankfully the invitation for a dialogue was accepted and when they meet they will take the dialogue further and look back into their shared history and realise that in the scientifically advanced age we are living, the best way to silence fears and skeptics while attracting new converts is to return to scientifically interpreted Islam. If they do, a new found respect for Islam and its leaders will be achieved, violence in the Arab world will decrease, and most importantly humanity's understanding of the universe will advance. 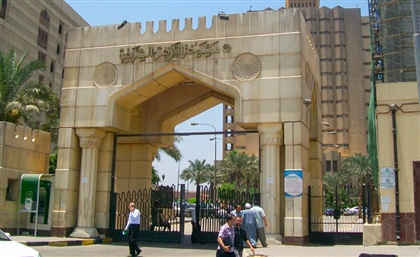 Al-Azhar is Giving All Their Buildings a Green Upgrade

A new protocol with the Ministry of Environment indicates that Al-Azhar is about to [...] 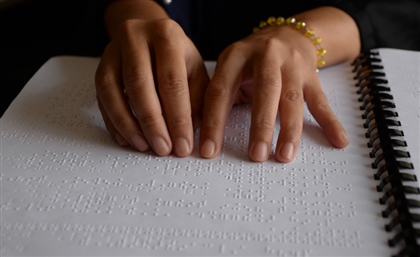 Al-Azhar to Release Braille Version of the Quran

The first ‘trial’ copy of this Quran is currently on display in Al-Azhar’s pavilion [...] 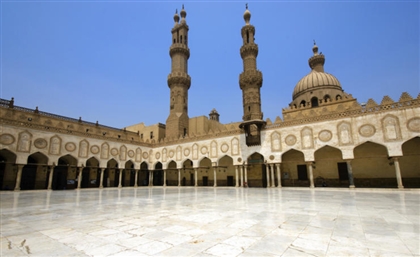 Al-Azhar's Bayt Al Zakat and Sadakat has donated millions of pounds to the 'Hope [...]