Why I Converted to Islam: Five Women's Journeys

Valentina Primo speaks to five women who were not born into Islam but who, through some connection to Egypt, discovered the religion and decided to convert to it, and discusses why they decided to make this monumental change in their lives. 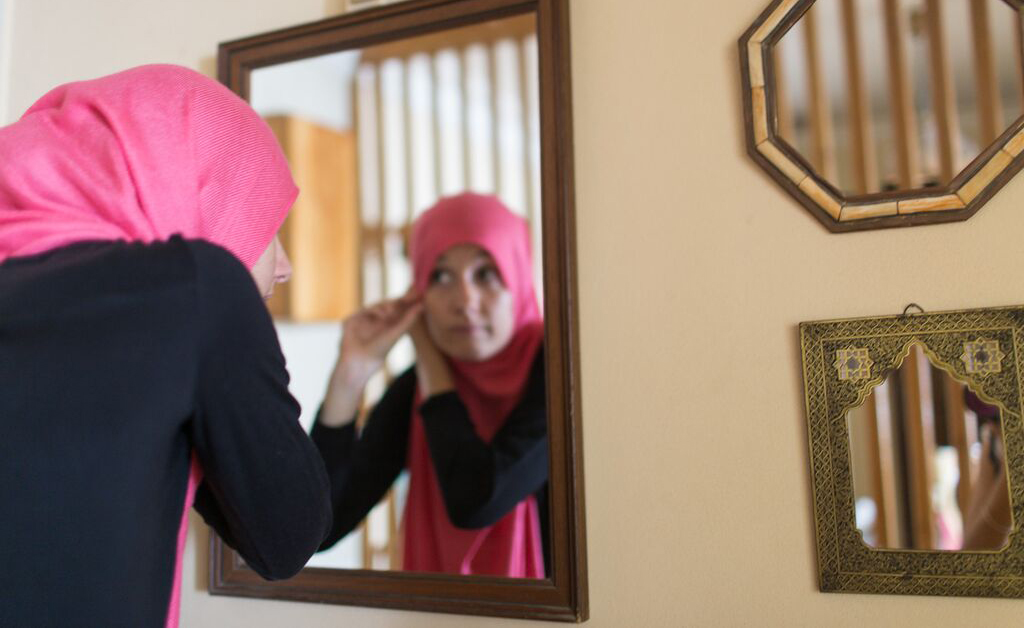 The sun shimmered over her pale skin as she sat in an ahwa to sip some coffee while waiting for her friend Ahmed, who had interrupted their morning walk to pray. As the call to prayer ended, some of the waiters unhurriedly headed towards the mosque, overwhelmed by the unforgiving heat. It was all so different from Kansk, the snowy town she had left behind in Russia’s Siberia to go on a volunteering trip to Egypt. The 40 days Katja had spent working at the children’s NGO abounded in unexpected encounters with Muslim friends, who lived their religion as a way of life. Suddenly, the question came up.

“I was baptized an Orthodox Christian, but I didn’t believe in God, and I suddenly found myself questioning everything; I was extremely curious to know who was this God they were talking about,” she says. “After I left, I got a fever to return to Egypt. I couldn’t bear staying in Russia, and as soon as I finished university, I came back.” Despite having no job or accommodation, the 21-year-old teacher moved to Cairo and embarked on a "spiritual journey." “It was a moment where I felt very lost in general, I didn’t know what to do. I had started questioning: what’s the point of life, why am I here? I had an emptiness inside which affected everything around me,” she explains.

Katja’s search first led her to a Catholic Church - the only one performing ceremonies in English - which she attended with a friend. But after an encounter with a Russian Muslim family, everything changed. “I could have embraced another religion, but Islam answered most of the questions I had and stopped the fight inside me about what is right and wrong. Islam is very clear and gives your soul peace when you panic and get stressed. You learn to let go,” she says.

“What I like is the way you approach God. I came to realise that even though I really wanted to pray, I didn’t know how to. In Islam there is a certain ritual, you wear certain clothes, and you sit in a certain way. It teaches you to leave space for God in your life; it’s the same as when you have a husband for instance: you need to dedicate some time for each other to nurture the relationship.”

After her conversion, Katja didn’t notice a stark change in her lifestyle and realised why her friends would tell her that she already had a Muslim mindset before converting. “I didn’t use to drink alcohol. I come from a culture where people drink a lot, and I have seen what happens when people drink too much. The only challenge was telling my family,” she points out.

For her twenty-year-old friends, her decision came as an eccentric choice and the trigger for interesting conversations; but for Katja's parents, her converting was “a tragedy”. “Their generation does not understand it, perhaps because of the image media created about Islam. My mother said I had been brainwashed and did not speak to me for a month – she probably pictured me in a niqab shouting ‘Allahu Akbar’. It made me feel terrible to know that I was hurting my parents with my decision.”

A Possibility to Question

For Laura, an Argentinean lawyer, the journey began in her homeland, triggered by intellectual research. “While watching TV, I once saw the news about the Israeli-Palestinian conflict, and began wondering why they are fighting. Until then, I used to think that Israelis are people like us, and that it was okay to kill Muslims because they were terrorists. We don’t say it out loud, but we tolerate these views,” she affirms.

Laura’s research online led her to delve into the realities of Muslim populations in the Arab world and, as her study progressed, she came across texts about Prophet Mohammed. But it was an online encounter with an Egyptian man that led her to personally get involved with Islam. “I met him through an online pool game, and I would drive him crazy with my interrogations. I had this idea that women here walked behind the men, their gaze down, covered from head to toe, and were not allowed to work or think. But this friend began telling me how things were,” she says. Driven by curiosity and a spiritual void, Laura headed off to the only mosque in her native town of Rosario, where only 20 Muslims live. “I was feeling disappointed by the lack of values in loving relationships in Argentina. Everyone would tell me that in order to stay together, I needed to accept being cheated on, but I didn’t want to admit what I considered unacceptable,” she explains. “Islam allowed me to question things, to have doubts.”

“As a Catholic, I felt that we only remember God when we need work, when we are sick, or when we need to ask for something; but there is no room for the question mark. I remember asking my religious teacher how it was possible that Christ had died to save humanity from sin, and her answer was: don’t you have faith? Do you want to touch Christ’s sore? I was a nine-year-old child, I imagined I would have to touch a wound and thought ‘how gross’! And never asked again,” she recalls.

Two years later, Laura had converted, adopted the hijab, and was ready to take off to Egypt. “Initially, my main fear was very mundane: I feared the veil would take away my glamour; but the first time I put it on, I felt sexy. I used to dress up so that the man I liked would look at me; and it turned out that everyone would look at me, except him. Now, only the man I choose can look at me,” she says.

Wearing the veil was only a part of the change in her lifestyle: she quit alcohol, refrained from having sexual intercourse, and changed her relationship with family and relatives. “I used to be dependent on my psychologist, but as I studied Islam’s norms, I began taking responsibility for my actions and organising my thoughts,” she says. “Until then - I was 27 - I still expected my parents to pay for everything. So I began taking risks to straighten up some things in my life and everything fell back into place.”

Now married to an Egyptian man and back in Argentina, the 35-year-old professional took off the veil because, in a preponderantly Christian society where minorities hardly represent 2% of the population, the veil is perceived “the same way they would look if there was an alien,” Laura illustrates.

Gaining Rights in a Muslim Country

Margaret had been married for four years when she decided to convert to Islam. Her husband, whom she had met in her home country of England, had given her a book that compared the Bible to the Qur’an, and she began to contrast some of the verses. “It did not seem logical to me that Christians celebrate the birth of Christ on different dates in different parts of the world,” the teacher says.

Living in Egypt as a Christian, Margaret never felt compelled to convert to Islam, as her family in-law used to share some of the traditions and even organise Christmas celebrations for her. However, after finding out a non-Muslim wife can lose rights if anything happens to her husband, she found conversion a significant decision to make. “Some years later I went to Mecca, and when I walked into the Kaaba I found myself crying and felt it was the right thing to do,” says the 70-year-old woman.

For her compatriot Becky, converting to Islam was the only way out of a 22-year marriage with an Egyptian Christian man. “It is impossible to divorce as a Christian since it is illegal here,” she explains. “But when I went to Azhar to convert, I felt a very good spiritual connection; it’s something more similar to meditation to me. I have a big faith, and since then a lot of positive things have happened.”

Having left her home town of Hampshire when she was 10 years old after her mother married her Egyptian stepfather, Becky had spent 33 years in the country of pharaohs. “But it was only after converting that I felt I belonged,” she says, “All my friends are Muslim, my best friend is a Muslim, and the way I feel now is that I finally belong here; I feel one with the country and one with people."

For Jessica, the spiritual connection transcended the need for a sense of belonging, as converting to Islam meant losing some of her friends. Born and raised in mid-western America, the 30-year-old nurse had just separated from her boyfriend when she met her first Muslim friends at university.

“I always felt a little uneasy not being able to understand the ‘holy trinity’ if Christianity is a monotheistic religion,” she recalls. “So I decided to research Islam and I found a book that explained a lot of scientific connections from the Quran to modern day that were just impossible for anyone to know that long ago. Those scientific connections gave me solid answers, and I decided to convert in February 2010.”

“I have gotten to see some of the negative aspects of the religion though that truly aren't religion but extremes of cultural traditions; I've also experienced not always being welcome at the mosques. Some friends have left my life, but it’s ok; if they're not open to having the "coexist" attitude then I don't want that negative energy in my life,” says the young woman, who dreams of moving to Egypt with her two daughters. “I have a more spiritual view of life and religion now. I still go to the mosque and integrate, I just focus more on my own personal connection than the ‘little checklists’ such as stepping into the door with right foot,” she says.

*In order to protect the interviewees' privacy, all names have been changed.