5 Ways Conspiracy Theories Are Hurting Us

Whether it's a soda brand supporting Israel, The Simpsons starting the Arab Spring or the Egyptian government curing AIDs, conspiracies are part and parcel of our culture. Keyser Barbatoze explains why they're worse than you might think. 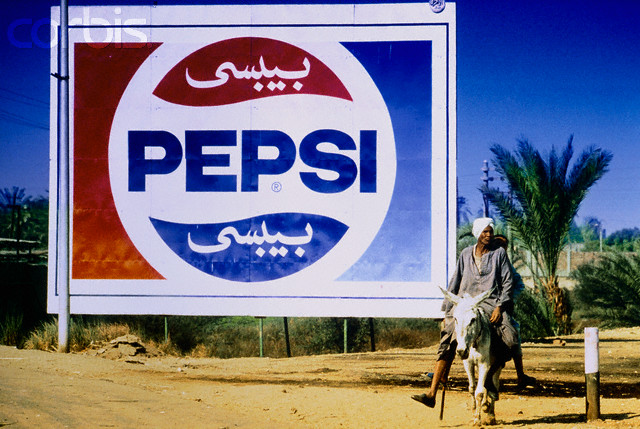 The other day I received a Whatsapp broadcast that read thusly (but in Arabic): “In her new autobiography, Hillary Clinton details how the unrest on the 30th of June upset her plans to establish an Islamic Republic in Sinai under the Muslim Brotherhood. She also says how she travelled to 112 countries making arrangements for the international recognition of said Islamic Republic.”

No. Fuck no. Just…no. Even Hillary says fuck no.

Swear to God. Swear to fucking God this happened.

Just give me a second to get my temper under control and I’ll get to precisely why no.

1- They Can Only Grow in Scale

It used to be like this: the biggest conspiracy theories were about Israel and its nefarious plans. Zionism. Colonial powers wanting revenge. The Arab World being victimised by its countless enemies. I’ll allow this idle speculation because there’s room for precedent (see: Tripartite Aggression, Balfour Declaration). These were out-there, but generally not impossible theories formed by events fresh in the minds of people. Unfortunately, it didn’t stop there.

Ooh, I wonder what happens next.

2- They’re Passed Down from Generation to Generation

Every good parent dreams that their kids will grow up to surpass them. Among the many ways the kids can do so is through improving their capacity for rational skepticism. I’ve said before how always questioning can vastly improve one’s life. It’s an essential component of being a better person. It’s understandable how the older generation –bred amidst the justified paranoia of the Cold War and the shadiness that marked post-colonial land ta3rees- can’t help but lash out against anything they hear from certain sources. However, they should be hell-bent on exterminating such despondency in their kids.

But muuuuum, I want reliable sources!

And obviously, adults have this nameless compulsive power that has kids imitating them. Usually (and ideally), this is used for good, e.g. hey, my dad doesn’t go on week long drinking binges and wake up in a dumpster. Maybe I shouldn’t either!

Achievement Unlocked: No longer a retard.

But in the case of conspiracy theories, what’s passed down isn’t responsibility or maturity; it’s an ever-growing capacity for absolute bullshit. Shame on you, grey-haired charlatans. Whatever happened to ‘with great power comes great responsibility’? Is it because y’all never watched Spiderman? Is that why you’re setting such terrible examples?

3- They End in a Brick Wall

Conspiracy theories, at their heart, are based on paranoia and hearsay and exactly zero anything else. There isn’t a scathing exposé anywhere on how the CIA is recruiting blindingly white spies to pose as journalists. Journalists who also somehow arrange for Pepsi to be named Pepsi because Pay Every Penny Save Israel, apparently. Again people, evil guys don’t leave clues!

If they did, ‘Sherlock Holmes’ would be an actual job, not just my fictional crush.

So logically enough, there’s nothing to discuss. Every single thing you say in defense of a conspiracy theory is an iteration of baseless pseudo-facts that the rational person you’re talking to inevitably has nothing to say in response to because of course I can’t prove aliens didn’t build the Pyramids. Since when is the onus on me to prove stupid shit didn’t happen? That goes against every single ounce scientific methodology we’ve accrued since the Dark Ages. But then again, can you prove your mother wasn’t smoking crack when she had you?

Pictured: Your, the reader’s, mother. Prove me wrong.

So let’s say you get your shit together and become a kick-ass doctor. No really, reader of CairoScene, that’s totally possible lolz. You’re having dinner at a fancy restaurant and bla bla someone gets shot. This is your chance to shine, right? The only people with medical expertise in the area are you and some pimply intern named Amr “Leobard” el-Sharansheely.

And Leobard is friends with your mum so let’s assume he’s also smoking crack.

So you naturally step up and, as you’re rolling up the sleeves of your white coat, you casually mention to shot-person’s spouse that you think a 2001 episode of the Simpsons predicted the Syrian Civil War and thus proves US involvement (not a joke, an actual thing someone said on Egyptian TV. Yay us!)

The spouse looks at you, then at Amr Leobard, then says “I’ll take the crackhead, thanks,” leaving you wondering why you brought your white coat out to dinner in the first place.

Yes, it sucks. Yes, it’s terrible that your hard-earned and legitimate medical expertise is being completely discounted over a facet of your personal life. But it’s also very understandable. We humans can’t compartmentalise, which is why first impressions are so important.

For example, Amr Leobard has a very successful musical career.

Let’s get serious for a second. Let’s talk about the AIDS cure. If you don’t know about it (where the fuck do you live? Mokattam?), then read about it here first.

These might help if your brain starts to bleed from the sheer disconnect from reality.

So in a much broader sense, people with terminal diseases have one harsh but necessary path forward: accepting their predicaments and soldiering on, making the most of the time they have left. They can begin to cope with the shadow of mortality, make amends and live their lives in peace and sanity because some obstacles are just unsurmountable right now.

Which, incidentally, involves a staple gun glued to a TV antenna. Seriously.

The ‘cure’ breeds delusions. The afflicted are effectively stuck in time. They believe that AIDS is as minor a blip as a cold and structure their lives accordingly. Their loved ones, instead of resolving issues and taking special care to make the afflicted’s last days as comfortable as possible, cheerfully treat the disease as minor and go on with their lives. Suddenly, this fucking LIFE THREATENING SHIT becomes back-burner material, and the afflicted no longer require special attention.

What AIDS? You’ll be cured in two days. Now can we push that 3ezooma back? I have a thing.

And when the inevitable happens and AIDS prevails, remember that the ensuing fallout is YOUR fault if you’ve ever pandered to conspiracy theorists. These loved ones, who could have been mentally making peace with the loss of the now-deceased and treating death like the inevitable, peaceful passage it is, are now shocked and traumatised, as if they’d only just realised that, shit, AIDS is bad you guys.

And people fucking BELIEVED HIM.