Rula Zaki: Doing it for the Kids

Farah Hosny speaks to musical prodigy Rula Zaki ahead of the release of her first album of kids' songs to find out how the singer/teacher/mother plans to educate through music... 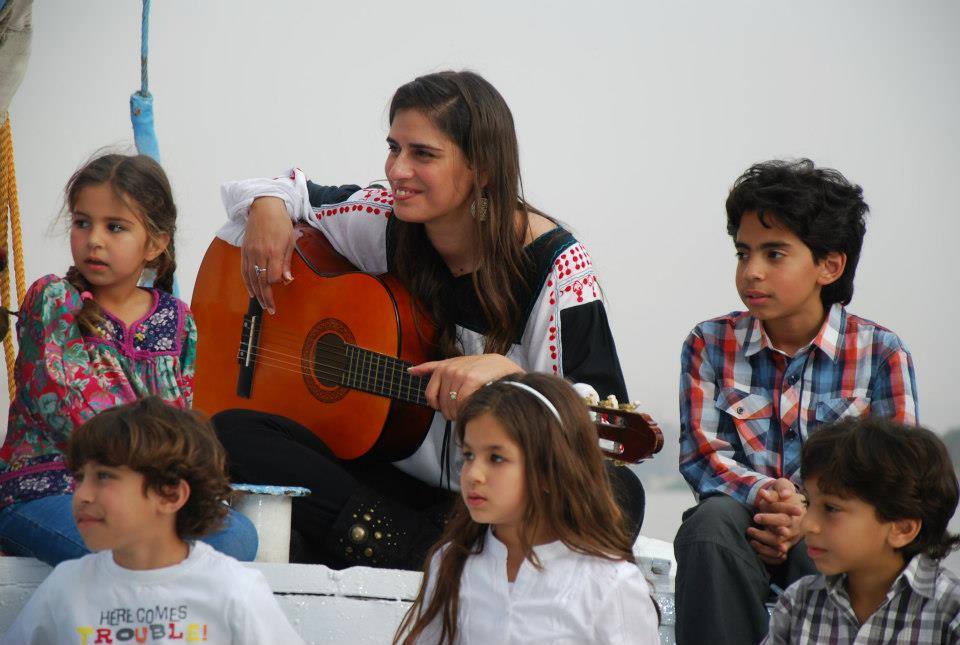 Singing since the age of nine, Rula Zaki probably has more vocal talent in her pinkie finger than we have in our entire office. Probably. Definitely. The songstress has thus far charted a number one hit, nabbed second place in the first season of Star Maker, released an album, and had her voice grace the Arabic versions of Cinderella and The Little Mermaid. She also sings in 12 languages. Twelve. What have you done? The music prodigy (she received seven scholarships to study in some uber prestigious universities in the US. SEVEN! Dammit we barely scraped our way into AUC), who currently teaches at BISC, is now planning on releasing her first children's album.

About her latest project, which is set to be released this summer, told us "I felt like a children's album was something that was really needed in Egypt. There are so many great kids' songs in English; why can’t we have some in Arabic too?" Being both a music teacher and a singer, releasing a children's album seems like a natural corollary. "It made sense," she says. A licensed Kindermusik Educator (one of the best music and movement programmes in the States) and Certified Early Childhood Music Specialist, the woman definitely knows what she's doing. She's also a mother of two, which seems hard to believe given the fact that she looks like a fresh college graduate.

The album is primarily in Arabic, with a few songs infused with English, and is filled with "cute catchy tunes," that also occasionally send a message through the lyrics. Targeted at kids up till the age of seven, she says some of our (questionable) Egyptian manners were the inspiration for some of the songs. For instance, there's a song which encourages kids not to litter. "It's unbelievable what kids – and adults, actually – will throw out the window. Entire bags of garbage!" Her thought process is that maybe in listening to the songs, they'll not only enjoy the music, but learn a little something too. We certainly freaking hope so – we personally think that perhaps if Egyptians kids listened to songs with a good message they wouldn't turn out to be such bratty, spoiled, litter-friendly children. Just saying.

Zaki also plans on making videos to go with the songs, with dances and movements which, thanks to her teaching experience, she knows helps get kids excited about music. When we ask if she test drives her songs on her own kids, she replies, "Of course! I have a 4-year old, so definitely. And I test them out on my students, as well. Being a kindergarten teacher has helped me pinpoint what kinds of songs kids enjoy, so I know what they like." For those above the age of seven, she will also be releasing her second non-children's album this summer as well! Stay tuned!