Anam Sufi looks at her homeland of Pakistan, shedding light on initiatives designed to counteract taboos that prevent women from battling sexual abuse and harassment; a subject we need to approach head on Egypt as well. 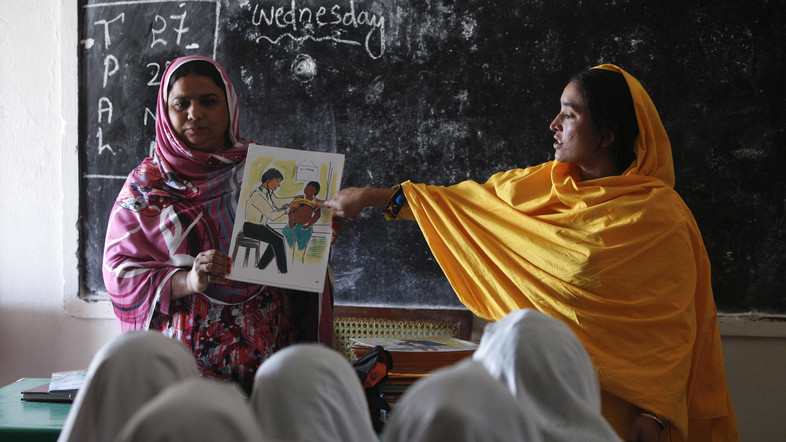 Pakistan, a cocktail of contradictions, is a nation that has struggled to formulate a steadfast identity since its establishment in 1948. The reason for this struggle is deeply ingrained in the sectarian, religious, and political violence that in turn is fueled by a desire to capitalise on conditions of power vacuums when they present themselves. While no stranger to the media for the brutal nature of its conflicts, Pakistan is unfortunately plagued by problems that run even deeper in that they have been sewn into the very fabric of many rural and urban societies. These problems are in some respects even more polemic than the myriad of violent acts that stain the country’s slate of human rights violations.

Although the two countries may seem miles apart, literally as well as figuratively, there is a stark similarity that emerges between Egypt and Pakistan; as both have societies that straddle the poles of liberalism and ignorance. Mind you, by “ignorance” I am in no way insinuating religious affiliation or membership of any particular political group; rather the crippling quandaries of sexual harassment, freedom of dress, and gender inequality. Accordingly, while I address these points in the Pakistani context, I urge you to recognise the relevance and appreciate that gender inequality and sexual abuse is a contagion that is not limited to the confines of state borders. Therefore, attempts made to raze such problems anywhere in the world are of value to any nation or society that finds its reputation marred by a society that largely endorses such acts of ignorance and disrespect.

Still caught in the throws of a male dominated society, Pakistan is a country where sex is a subject that is largely and purposely ignored as it’s considered a taboo to discuss. The taboo stems from the religiously fueled view that, because premarital sex is banned by religion, it should not be taught to school children; after all, what’s the point in talking about something they shouldn’t even be indulging in at that age? However, being careful to not step on the toes of religious teachings, there is a crucial demand and necessity for sex, whether in the context of sexual harassment, puberty, or the act itself, to be taught in schools. This is owed to the well-acknowledged fact that, although premarital sex is not looked upon with grace (to say the least), and although talking about sex might be considered “vulgar”, it does not change the fact that the acts still take place. Moreover, there is a tendency to drop the term “abuse” after sex, compartmentalising sexual harassment and acts of rape into the same category of sex by choice; effectively conducting a salient blow in terms of undermining the severity of crimes involving sexual abuse.

However, although prospects for quick and aggregate changes concerning sexual education in schools within Pakistan seems bleak, especially given that even elite urban girls schools have been banned from offering sexual education to students, small beacons of hope emerge from dust-caked and poverty stricken schools around the country; schools that not only dedicate themselves in instructing children on academia, but also on how to deal with the pernicious realities of what the environment demands of women in a flagrantly male dominated framework.

Teachers operating at a school in a part of a poverty-stricken province in Sindh (Johi), have introduced flashcards and other tools to educate young girls about what kind of interaction with men is acceptable and what isn’t. While on the surface this may sound as though garnished by religious fundamentalism, the move is actually driven by an attempt to protect girls from sexual abuse and harassment. In some cases, these lessons are conveyed through flashcards depicting doctors; showing what sort of “check up” would be inappropriate.

“My body is only mine and only I have the rights on it. If someone touches my private parts, I’ll bite or slap him in the face,” said 10-year-old Uzma Panhwar.

It may sound like old news, but such endeavors prove ground breaking in the Pakistani context. This is owed to a heavy-handed presence of non-governmental groups that often use violence to propagate and restrict female education in general. Within the Johi region, around 700 girls attend eight local schools where the sex education lessons, an initiative spearheaded by the Village Shadabad Organisation, are given to girls as early as the age of 8, and the lessons cover bodily changes, women’s rights, and how to protect one's self when faced with a sexually driven act of aggression. More provocative yet, the sex education lessons also address the issue of rape when enshrined within the marital context; arguing that a woman is allowed to deny her husband sex, and any force from his part is on par with rape.

People tend to overlook the significance of being comfortable with sexuality and one’s sexual identity, especially with reference to the creation and understanding of the self. With the view that sex is shameful and women are not informed of what it means to grow up, whether this be through the unspoken (or even voiced) condemnation and shame of menstruation and hormonal changes, or the fear that prevents women from reporting sexual abuse due to a belief that they are the ones to feel guilt for being “marred”, a fracturing of the self begins to take root. I am not arguing to open the floodgates of sexual debauchery, but highlighting the negative repercussions that take place on a psychological level for the woman who finds herself in such contexts. After all, puberty and sexuality play an instrumental role in the growth trajectory in a woman’s life. If painted by shades of shame from a young age, than the woman’s sense of self is left highly defeated and her potential for internal and external growth left crippled.

If there are those who do not consider this, in and of itself, a humanitarian crime that demands immediate attention, then perhaps arguing that such oversights and ignorant attitudes have a tremendous impact on the economy of the state might prove more provoking in terms of demanding support for the cause. After all, a society or state that undermines its female population, and that is guilty of establishing a dynamic of gender dependency, often limits and, at times, prevents women from joining the work force. This being the case, the state effectively halves the potential of its gross domestic production; ahem, #internecine.

But returning to the main point of this article, perhaps Egypt might find inspiration from the small and avant garde initiations being made in Pakistan. What societies such as those in Pakistan and Egypt need is not a full dismissal of cultural traditions or a spate of hatred for religious teachings, rather a rewriting of social perceptions and narratives that highlight and distinguish sexual abuse and violence that overstep women and children’s rights from the immediate association of anything sexual with shame and disgust. The approach of introducing sexual awareness at the elementary level of schooling tackles the issue from the grassroots up; giving rise to a new generation and society that will hopefully disseminate their education unto others, refusing to be devoured by a maelstrom of dogmatic and uninformed voices that, in turn, are inspired by nothing more than ignorance and insecurity.