6 Types of Egyptian Hash Dealers from a Girl's Perspective

When female smokers start to procure their hash themselves, they might notice that a pattern of similar traits among dealers starts to emerge... 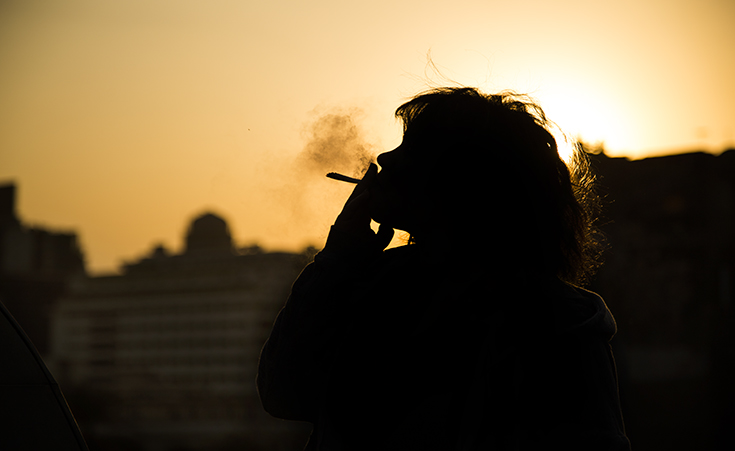 Whether you start off getting high for fun with your boyfriend, or to deal with your daddy issues, it is a habit that sometimes sticks. When the stuff runs dry and you can't always call your friend up to score for you, you are then forced to figure something out and tetsarrafy, and next thing you know, you have several contacts on your phone, starting with "D" and followed by their first names. With time, you learn that every dealer has their own unique traits, and then a pattern emerges! Here are 6 unique traits that you can identify your dealer by...

El Daloo3 (The Needy One)
You have to sweet talk him into it. Almost like a demented version of foreplay. You'll call him "basha" and he'll predictably respond with "ya amar." He might say he has no good stuff for you at the moment, but if you whine a bit, he'll promise to come only for you. 'Cause you're the 'special' girl in his life.

El Nedeef (The Boy Next Door)
He arrives in a sparkly clean black Hyundai dressed like he's ready to head to a party. He calls you up after he's given you the stuff to check up on you, and then promises to meet you next day with even better stuff. Surely customer relations should be the highest priority? Right?

El Kharban Neek (The Perpetually Stoned One)
He's always high and he is insanely skinny. He shows no expressions other than being utterly stoned. You usually have to keep a total straight tone and never make eye contact. Maybe bring a guy along if it gets too awkward. And definitely don't try to make jokes with him in English to break the ice. It doesn't work.

Unknown
His phone is always switched off. He's probably been arrested. You might try to call when things are looking desperate, but you're risking waking up next to an overly friendly cellmate in prison.

3agy M3ako (The Way Too Friendly One)
He's just a guy who wants to hang out! He wants to roll you a fat joint and talk about the meaning of life. You should not hang out with him, though, because he might want more than you bargained for. Do you really want to go there?

Motakhaffy (The Undercover One)
He's a mechanic, or a barber, or a makwagy, yet he manages to keep his secret life under wraps. He rarely has nice hash. He rarely picks up aslan.

Dealing drugs can get you up to 25 years in jail.