Dubzy & Gaser Get All Nonchalant in Latest Music Video 'Water'

After an extended hiatus, the Cairo-based duo are back with a unique retro mix. 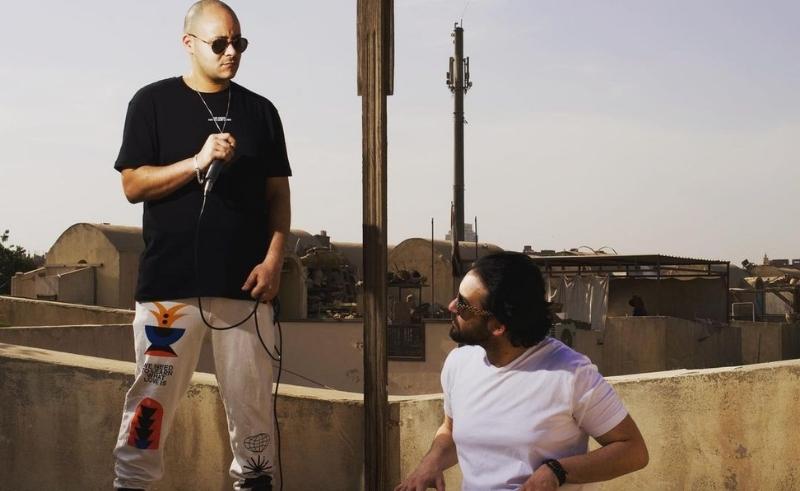 Cairo-based duo Dubzy & Gaser describe their collaboration as “an experiment in rhythm and groove” - and their latest release, ‘Water’, lets it all flow with a blend hip-hop, pop, funk, and rap. While these styles are nothing new on their own, the duo manages to break away from the conventions of these genres by implementing contemporary production techniques.

This is the first track that the duo has released since their 2019 debut album ‘Dare to Dream’, and it seems as though they have returned with a renewed focus and clarity that is driving them in a fresh creative direction.

‘Water’ kicks off with an old school, lo-fi sounding, hip-hop beat with a subdued organ playing the main melody. This sets the scene for the rest of the track, as the first rap verse comes in with a funky bass line that gets you grooving immediately. The rap verses on this track embrace old school flows and lyricism, while the laid back singing and simple melody in the chorus turn the track into a catchy pop tune. One of the highlights of the track is the synthesiser solo section after the choruses, which puts a modern spin on west-coast hip-hop by using a lead sound that is modern and expressive.

The video - directed by Sherine Osman and Nouredeen Hamouda of Nunshi Studio - capitalises on the retro aesthetic of the music by showing the duo in a variety of colourful environments which seem to be inspired by visual aesthetics of the 80’s. From the grainy television set to the squiggly graphics in the background, this video goes all in on the throwback energy.

We also see the lyrics being written out with a pen while the duo is performing, which fits the lyrics of the track well, since they delve into the topic of the duo’s writing process. The video also tries to tie water into the shots in a creative way, with shots of a pool, water bottles, and news graphics with headlines that address water pollution.