23 Spectacular Photos from Inside the Iconic Mohamed Ali Palace

When we found out Etmat7af were organising their latest guided tour, this time at another one of Egypt's underrated gems, we grabbed our camera and decided to bring you 23 stunning photos of Mohamed Ali Palace. 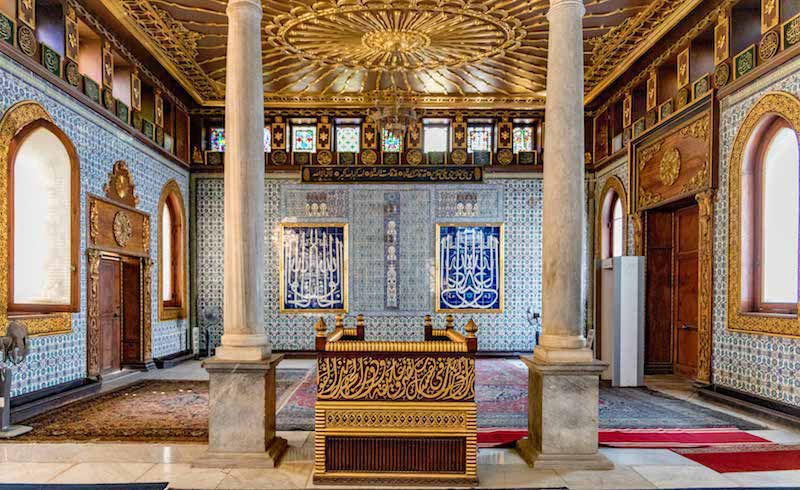 It seems rather odd for us to wake up on a Saturday morning before 9AM to make our way to a museum. We used to get up for weekend funsies once upon a time, like at the age of ten, but as we grew up we realised how much we actually prefer sleep over anything ever. But this isn’t about sleep. What this is about, however, is a countrywide need to step away from work, our social lives, our phones, and all of the worldly distractions that have stopped us from appreciating the one thing that sustains us most; the city we live in.

Many people will constantly complain about centuries of lingering poverty and economic turmoil in Egypt. The same people will also forget that centuries of architectural heritage and historical narratives coexist with them and are worth the visit, and millions of people worldwide travel to Egypt just for these gems. Adamant to prove the latter is the Etmat7af Campaign.

Passionate about reinstating a strong culture of museum devotees, Etmat7af is a campaign aimed created awareness about lesser-known museums. The campaign organises periodic visits and guided tours to underrated museums in greater Cairo. Their goal is to highlight the historical events and heritage that have ultimately shaped the country as we know it today. Their first tour took place in the Abdeen Palace Museum, and its great success prompted a second tour in the Mohammed Ali Palace located in Saraya Street in Manial.

Born in 1875, Prince Mohammed Ali Tewfik was the uncle of the penultimate King of Egypt and Sudan, Farouk. He had built the palace not only to house his art, furniture and extensive objets d'art collections, but partly in preparation to rule Egypt at some point in his life. He even had a throne room prepared in it. But as King Farouk’s son was born in 1952, Fouad II, all hopes of becoming the rightful king had come to an end. After a military coup in 1952 that abolished Egypt’s monarchy and declared it a republic, Tewfik – being part of the royal family – was thrown into exile in Switzerland where he eventually died in 1955. And so we’re left with his palace, with all of its magnificent royalty and plentiful staircases – where we imagine lots of yelling over political matters took place.

So back to the early Saturday morning we mentioned earlier where we dawdled through the palace to discover more, we suddenly became serenaded by Etmat7af's narration of the Prince's lifetime. The late 19th and early 20th century royal setting, which comprised of Persian, and Ottoman-inspired Islamic architecture also took us aback as we imagined princesses and princes gallivanting through the palace passageways and carefully landscaped gardens.

But enough of us, check out these 23 stunning photos from inside the palace and its garden.