The man responsible for the brutal attacks on young children he is mandated to care for has been sentenced to just one year in prison and two years of hard labour. 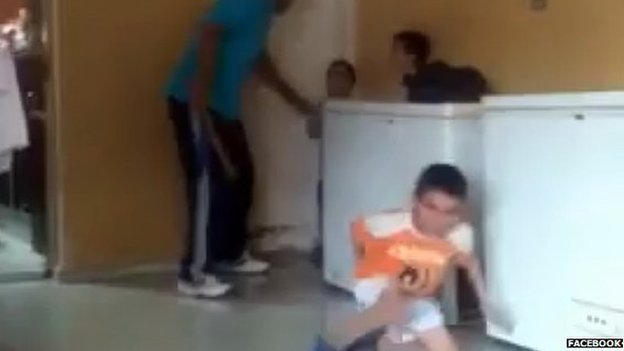 A monster orphanage manager filmed torturing seven innocent kids has been put behind bars. Osama Othman owner of the Mecca orphanage, was secretly filmed by his wife while carrying out the brutal attack. Othman kicked, spanked and beat the children, who were under his care at the time of the assault. He was accused of “thuggery,” endangering children’s lives and “the possession of a stick for thuggery purposes."

The shameless thug is reported to have admitted beating the children under the pretext of “disciplining” them.

Today he was sentenced to two years of hard labour for using violence against children and one year in prison for beating the children and possessing weapons. However, the one-year prison sentence will be suspended should the defendant pay a EGP 1,000 bail.

Prosecutors ordered the confiscation of the orphanage and the referral of the children it housed to the Ministry of Social Solidarity.