Egyptians were impressed after an image circulated social media showing a terminator-style horse made completely out of scrap metals. 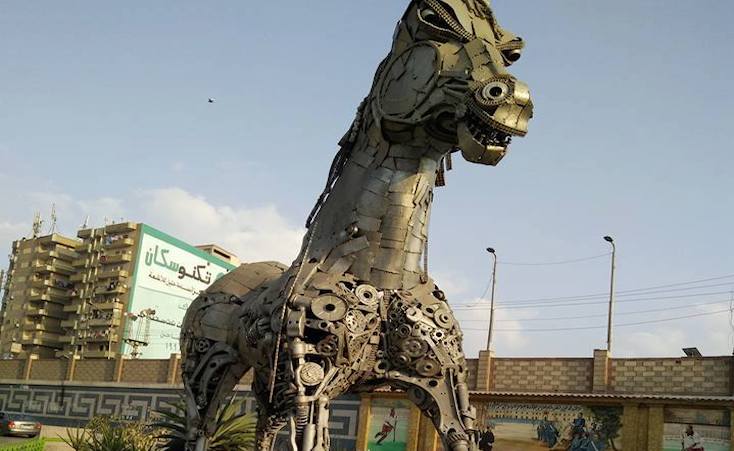 Egyptians woke up this morning to a viral social media image from Khaled Elsafty showing a horse cleverly welded from discarded scrap metal. The image - which has almost 7k likes and almost 4k shares in less than 24 hours – has left many Egyptians in disbelief with one quoted saying, “I swear I was going to say this is not in Egypt, but then I saw the tuk-tuk in the background.”

The terminator-style horse can be found in the northern town of Zagazig, the artist of this impressive piece is still unknown. The art form was invented by Pablo Picasso and Julio Gonzalez. Richard Hurt, the sculpture that popularized scrap metal sculptures in the US said this on the idea; "art which was representative of our own time ought to use materials and techniques that were at hand, whether it was new experiments using plastics, new kinds of paints, new kinds of surfaces in painting, or using materials developed during the war effort."