Egypt is highly investing in renewable energy with countless projects on the way. 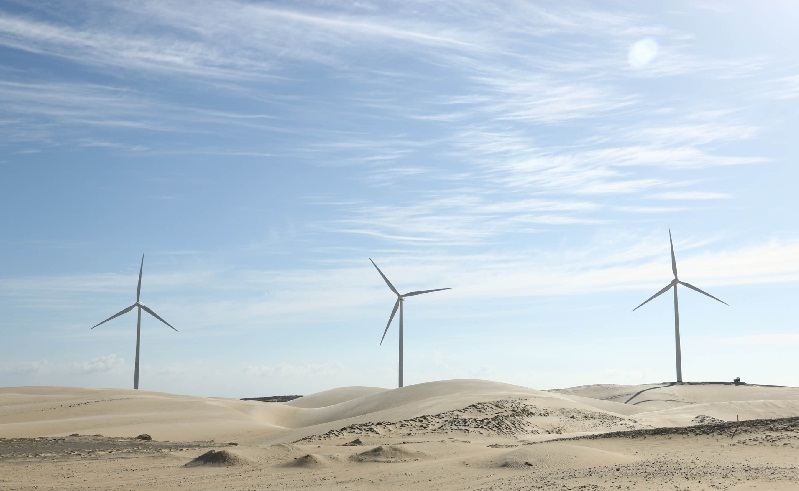 The Ministry of Electricity and Renewable Energy is inaugurating one of the world’s largest assemblies of wind turbines in Gabal El-Zeit in the Red Sea, according to Ahram. It’s set to be completed next Saturday the 30th of June, with an estimated cost of EGP 12 billion ($670.64 million).

The wind power plant consists of three projects, with a total of 390 wind turbines and a capacity of 580 megawatts. “Gabal El-Zeit power plant is the largest station in the world in terms of area, number of turbines and capacities generated from the plant," according to manager of the plant Osama Noman. However, upon doing some research, we found out that this is not exactly true; according to QZ, the largest wind farm is the London Array, which can produce 630 megawatts of power, in comparison with the Gabal El-Zeit plant which has a capacity of 580 megawatts. In terms of area, the London Array covers 122 sq. km, while Gabal El-Zeit’s exact area hasn’t been revealed. Don’t get us wrong, this is still an exceptional project.

The third and final part of the project is still under construction, and will consist of 60 out of the total 390 turbines. “The site of Gabal El-Zeit plant is one of the best sites in the world to invest in generating wind power projects,” Noman stated.

Egypt is doing big things in the energy sector; this project is part of a strategy by the Egyptian government to bring the contribution of electricity from renewable energy to 20% by 2022, and 40% by 2025. Other projects are under construction too, such as the Dabaa nuclear power plant and the 2015 Siemens megaproject which includes gas and wind power plants. Back in May, the Egyptian Electricity Transmission company signed a deal with a consortium of Orascom Construction, French energy group Engie, and Toyota Tsusho corporation to build a $400 million wind farm in Egypt.

That is not the only strategy to boost the country’s energy potential through renewable resources – Egypt has realised its solar energy potential, and is in the process of building Benban solar park, which will be the largest solar park in the world once completed. Power moves.