Here you'll find a list of five sets of books - Egyptian and foreign - which reflect each other in style, theme, and narrative. 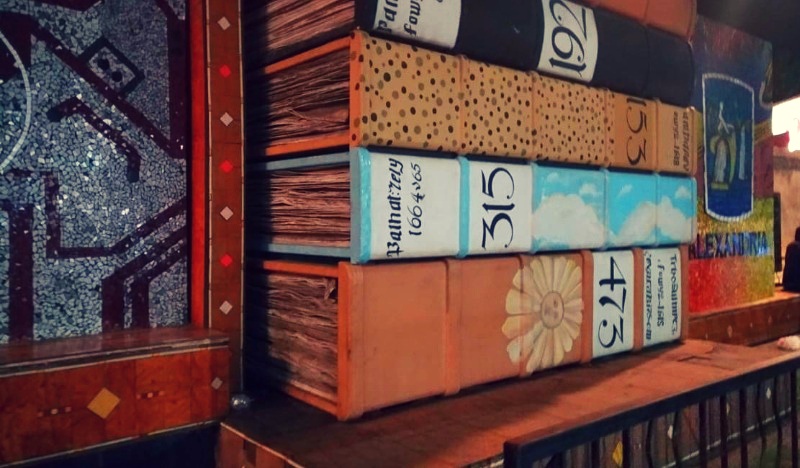 Art is imitation, Plato once said. The same applies for writing. Novels throughout history will have plenty of stories in common, regardless of where they originated, or the language they were published in.

That is not to say that the authors necessarily imitated one another (although Sonallah Ibrahim has been dubbed as the Egyptian Kafka), but that there are many heavy influences which are apparent in the books.

Reading these books, I always found myself preferring the Egyptian version - and perhaps it's because the characters seemed more relatable to me, almost like I knew them. The events, too, also reflect everyday Egypt, and the streets and neighbourhoods are the same ones we see in Egypt.

Here, we've compiled a list of books that have similar themes and stories, while reflecting their own respective culture. "What is madness?" the protagonist asks in Ahmed Alaidy's Egyptian novel Being Abbas El Abd. Madness is a virtue, Tyler Durden from Fight Club would have responded, had the two characters had a conversation. Fight Club – a book written by Chuck Palahniuk later rendered into a movie that we should all not talk about – tells the story of an unnamed paranoid and insomniac character.

Being Abbas el Abd also has a similar jumpy narrative. In this novel, we see the madness that exists in Cairo, from the public transportation, to the overcrowded malls and the everyday life that we Cairenes have to fight through. Did the city make him mad, or was the protagonist mad all along? The crabby narrator of the story goes through a series of complicating situations – ones which he himself can't put a finger on. And throughout this journey, he has this best friend called Abbas who is always pushing him to partake in delinquent activities.

Psychosis and insanity are two common themes of both books, with scenarios arising out of the blue, inexplicable to both books' protagonists… until we start to understand that their best friends all along were in fact their nemeses. Hunger Games is a post-apocalyptic story which takes place in a wealthy capitol surrounded by 12 poorer districts. The story revolves around a televised event – one that thousands of spectators gather to attend, in order to watch a thrilling an adrenaline-pumping show of teenagers fighting to their death. Eerie, isn't it? (This, like Fight Club, was also later rendered into a movie).

In a similar manner, Ahmed Khaled Towfik's novel Utopia covers a bleak future – the kind we all dread – of the Egyptian society. The content of the novel is familiarised to the Egyptian audience, taking us all the way to the gated communities of the North Coast, where the rich have comfortably placed themselves. For recreational purposes, the rich enjoy going out to the wretched areas outside the gated communities to hunt for the poor and collect their body parts as trophies.

In the story, we see the world of the poor and the rich meet, when two young characters end up getting lost in the world of the hungry, and attempt to fight their way back in the withering country and into the gated communities of the North Coast. Bureaucracy. Do we love it?  Certainly not. But reading about it can certainly get comedic as you get lost between the long queues and the hundreds of errands which the protagonists from the two books have to endure – both of whom are as confused as you are.

The Trial by Franz Kafka and Al-Lagna by Sonallah Ibrahim are both timeless novels which cover your average guy being adjourned to court, for reasons unknown. The characters both come from criminal-free backgrounds. They endure a series of tasks and duties, and sometimes receive strange requests while trying to get to the bottom of whatever charge they are defending themselves against.

While the two novels follow extremely similar narratives, Al-Lagna confronts the topic of consumerism in Egypt in the 1970s, specifically on how Coca Cola came to be in the country. The last line of the novel is sure to leave you stunned for days. While both novels follow different stories of two entirely different dudes – one, a kidult living in America, while the other is just your average Egyptian going through daily social happenings– both books bear the same tones of apathy and boredom, with a matching theme of coming-of-age.

Waguih Ghali's book Beer in the Snooker Club covers the story of a group of young, bi-lingual characters and their stories post King Farouk's downfall. While the majority of the country thought this age to be golden, our protagonists felt otherwise. They spend their free-time gambling, womanising and drinking as means of distraction.

J.D. Salinger's character in Catcher in the Rye is a native New Yorker named Holden Caulfield. Much like our Egyptian character, Holden goes through an identity crisis and ends up isolating himself in New York City, where his disapproving and irritated narrative is evident in his observations of the people around him and his interactions with them. If you want to learn anything about Egypt's society and modern history, then Naguib Mahfouz's The Cairo Trilogy is the kind of literature you need to read. Same applies for Ba Jin's trilogy titled Family, if you'd like to learn about China's socio-politics.

Family is a long novel which follows a family dating all the way back to the first half of the 20th century, when things were tough for the Chinese. The story – looking at four generations of the family – explains the conflict in nature between the family members, and their different beliefs and viewpoints on what the future of China should look like.

Mahfouz's Nobel-prize winning trilogy – divided into Palace Walk, Palace of Desire and Sugar Street – is also a generational saga, portraying an Egyptian family and their differences in cultures due to generational gaps. We get to see each character's conflicting thoughts and the struggles they go through in attempt to please the tyrannical father of the house. The trilogy covers three generations, living under the patriarchal roof of Sayyid Ahmad Abd al-Jawad.