17 Awesome Restaurants That Opened in 2017

While Maadi (as usual) came on top, we were pleased that other parts of the city - from Mohandiseen to Korba - got their eats on this year. 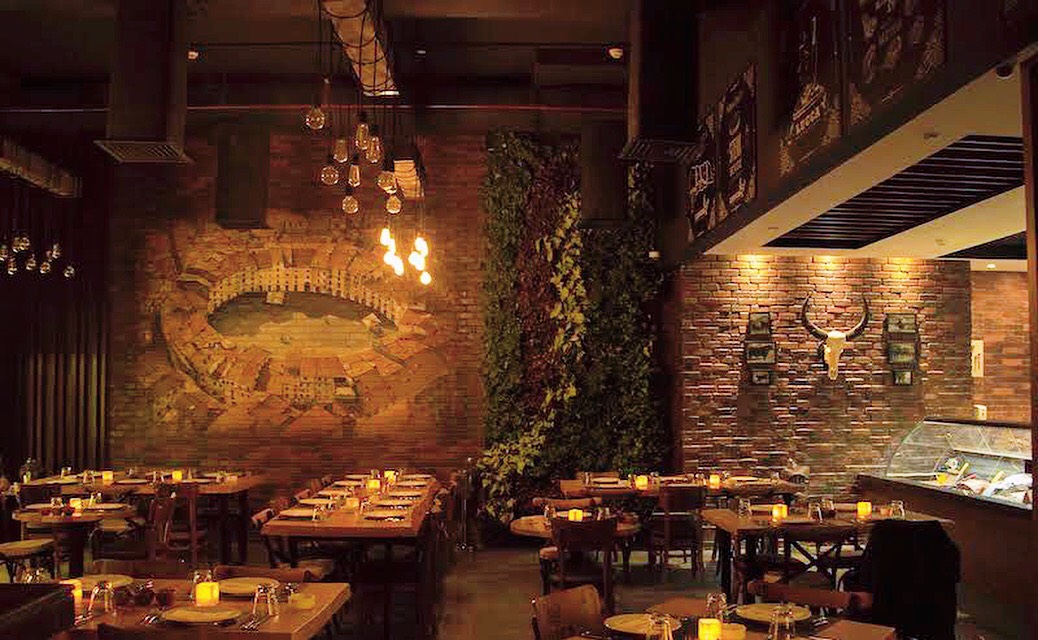 Being a foodie in Cairo must be awesome. Think about it... there’s at least 50 new places opening all over the city every year, and 2017 has been no exception. But honestly with all the new restaurants claiming to be foodie heaven, it’s actually quite hard to pin down what’s actually good. Lucky for you, all we ever do is eat. And when we’re not eating, we’re complaining that we’re not eating and putting together lists of the 17 best new restaurants of 2017. Maadi’s newest restaurant and foodgasm central Frank and Co. just opened earlier this month and it’s as amazing as it sounds. Founded by Frank Heinen, former chef at the Four Seasons Hotel and owner of Ovio, this restaurant is all about kicking back and having a few drinks paired with amazing finger food. Ever miss those days when you had to go to Magam3 El Tahrir for four hours so you can stamp that one piece of paper for whatever reason… No? Well neither do we, but there’s this awesome shawerma joint that just opened in Cairo and it’s designed just like a government building but without the trauma, and their shawerma is actually really good. This one’s for the health freaks. All organic, gluten free, ultra-healthy, feel good eats. That's the sort of offerings Sea Salt Bakery has. It just opened this summer and it’s quickly become a one-stop shop for every vegan and conscious eater in the city. We’ve mostly lived on greasy pizza and dodgy burgers until this place opened its doors and since then we’ve been productive humans that actually look like they have life in their eyes. The renowned Buffalo Wings and Rings first branch in Cairo just opened last month and you can imagine how excited we were when we found out. It has three essentials: finger food, beer, and football playing on every screen in the place. Their onion rings are notorious, their nachos are mouthwatering, and their buffalo rings are quite literally world famous. Cairo’s newest addition to the city’s ever-growing fine dining landscape. Ora just screams ‘come and take the most awesome selfie you will ever take in your life and post it everywhere before digging into best gourmet food in the city.’ For a proper steak in Cairo, you’re going to want to head to Lucca Italian Restaurant, off in 6th of October City. Juicy, mouthwatering Italian steak paired with proper Italian wine. Need we say more? Situated in Downtown Cairo is the cutest little Italian restaurant ‘CaiRoma’ and it really shows what authentic cuisine is all about. CaiRoma founded by an Egyptian Italian family earlier this year and it’s like a little piece of Rome right here in Cairo. You can’t throw a rock in this city without hitting a Lebeanse restaurant. It’s ridiculous, but the ones that actually get it right are numbered. Lebanese Diner is the closest thing to a cool Beirut spot in Cairo. Set up like an actual diner, LD manages to elevate Lebanese street food to a cozier dining experience with a few culinary surprises. This recently opened Maadi eatery revolves around everyone's favourite carb: pasta: A food that tends to be an afterthought on the menus of many restaurants. But at this urban pasta-hub, it takes centre stage. And it's not your tired spaghetti Bolognese (although that's great too) - their menu's got items like smoked duck with mushroom duxelles fettuccine. And they've even got some seriously tasty vegan options like their pink cream and vegetables tagliatelle. The space also happens to be super homey and cool but that's just an extra Instagram-friendly benefit. Situated in Guezira Plaza, Sheikh Zayed, The Ivy is now officially everyone's (on that side of the city) favourite spot for creative and unique cocktails. There are two groups of people in Cairo: people who have tried Mezcal and it's now their favourite restaurant, and people who have been hearing about Mezcal from the first group and are making plans to try it. And with good reason. Their menu is to die for, not to mention the gorgeous interior. This one is fashionably delicious. Nestled the Cairo food hub that is Heliopolis, AEON brought with it some chicness and pizzazz to the culinary scene in Cairo and fast became a favourite worth travelling for. When you look at the picture above, you know it's something sinfully good. But what you can't tell is that it's full of kale and avocados to offset the sinfulness of it all. Bistro No. 10 in Maadi opened its doors and welcomed food and healthy food lovers alike. And we're loving every bit of it. What's better than a place that has "social" right there in its name? So besides the the inventive, seasonal dishes like this Bresaola and Mango salad, it's a fantastic place to hang out for a leisurely meal with delicious desserts to finish. Best part is, it's in Mohandiseen. So we don't have to travel so far for or eats any more. This one is neither a restaurant nor is it a new one. Anyone who's ever been to Dahab will know Ralph's for their amazing baked goods and awesome sandwich menu. After many delays in their Maadi branch opening - the first branch after the flagship Dahab location - we were over the moon to know Cairo finally has its bread king all the way from Sinai.